When it comes to choosing heating equipment, such a criterion as reliability comes first. It is not surprising that the eyes of homeowners turn, first of all, to German equipment. Products from Germany have rightly earned the reputation of being the most reliable, and they are mainly represented in our market.

The main task that boiler manufacturers are solving is to develop equipment that will produce more energy while reducing fuel consumption and emissions of harmful substances into the atmosphere.

So, the first thing to find out is which fuel is the cheapest and most available. In most cases, it will be natural gas. So, let’s focus on gas floor boilers. Such equipment from a reliable manufacturer is suitable for heating and providing hot water to a house with an area of ​​150 to several thousand square meters.

The main characteristic of the boiler is its power. It is calculated based on the area of ​​the house that will be heated.

If you buy “with a margin”, then, in addition to the high price, the developer also acquires the problem of inefficiently working equipment, that is, the boiler will work at half capacity, pollute the air more and break down more often.

There is no need to “put on” the power, taking into account the need to cook hot oxtail. Modern boilers automatically switch from the heating function to the preparation of hot water.

The elements of the boiler, which mainly depend on its efficiency and service life, are the heat exchanger and the burner.

The heat exchanger made of cast iron has the longest service life. They are in the model range of all known boiler manufacturers. Some manufacturers emphasize that they use eutectic cast iron, which has higher structural integrity, better corrosion resistance and exceptional ability to withstand sharp temperature changes compared to ordinary cast iron.

We are not talking here about steel heat exchangers, because they are mainly exposed to the risk of corrosion from condensate formed when working in a low-temperature heating system.

The burner affects the efficiency of the gas boiler and the amount of harmful gas combustion products. A high-quality burner ensures the most efficient use of fuel and safety. The quietness of operation is an important indicator of quality. An atmospheric (injection) burner best meets these criteria. But it has a drawback that can manifest itself in operating conditions – it does not tolerate gas pressure drops in the main line, which we have in winter, and can quickly burn out. Conclusion – you need to pay attention to the model with a fan burner. When the gas pressure drops, it will work efficiently at the first stage of power. In cases where the need for heat or hot water increases, the boiler’s automation will switch the burner to the second power. This principle of operation contributes to economical fuel consumption.

In any case, during the service life of the water heaters sacramento, the burner will have to be replaced, and perhaps more than once. At the same time, the burner does not necessarily have to be of the same brand as the boiler.

The economical and safe operation of the boiler is ensured by automation. The necessary minimum of its functions is control over the operation of the burner, monitoring the presence of draft in the chimney, blocking the boiler in case of an emergency. More complex – weather-dependent automation controls the production of heat by the boiler depending on weather changes in such a way that a comfortable temperature is always maintained in the house. A night mode can also be set, when the air in the rooms becomes cooler by several degrees. Before the trip, the heating system maintains a temperature sufficient to protect against freezing for several days, and before the arrival, the automation will start the boiler to flood the house and heat the water. All this ultimately serves not only comfort, but also the rational operation of the equipment.

Speaking of heat exchangers, we touched on the topic of condensate formed in the conditions of operation of a low-temperature heating system. The fact is that steam is formed in the boiler, which contains the products of gas combustion. Part of it condenses, part goes into the pipe. The creators of condensing boilers figured out how to use this energy and bring the efficiency of the boiler to an unprecedented 110%. This happens, first of all, due to the modulating ventilation burner, which “prepares” the mixture of gas and air for combustion, thereby reducing to zero the probability of underburning fuel and promoting more complete use of heat. Secondly, the heat exchanger, made of acid-resistant material, is arranged in such a way that the products of gas combustion at the outlet have a low temperature and abundant condensate formation occurs, which is accompanied by the release of thermal energy. Note that

Of course, condensing boilers perfectly meet the requirements of ecology. Those harmful substances that are not burned, settle in the condensate. However, condensate presents a certain problem for homeowners – it is necessary to decide where to drain it.

Another important point is that the condensation process continues in the chimney, so the latter must be resistant to acids. Brick is not suitable, but you can lay a chimney in the form of a corrugated polymer pipe in a brick pipe. Normal chimneys made of stainless steel are well suited for a condensing boiler.

How does a heat pump work? The coolant, passing through pipes laid in the ground, heats up by several degrees. Then it is pumped into the heat exchanger and gives the heat collected from the environment to the internal circuit of the heat pump. The internal circuit of the heat pump is filled with refrigerant, which, passing through the evaporator, turns from a liquid state into a gas. This happens at low pressure and low temperature. Gaseous refrigerant enters the compressor, where it is compressed and its temperature rises. Already hot gas enters the condenser, where it heats the coolant of the home heating system.

A heat pump consumes 1 kW of electricity, and gives up to 3-4 kW of heat energy. In addition to land and water, the source of heat energy for him can be air.

The system works as a boiler for heating and as an air conditioner for cooling. In the summer, excess heat from the house is transferred through the heat exchanger in the reverse direction.

The heat pump is suitable for water heating systems with forced circulation of the coolant in houses with an area of ​​up to 600 m 2 .

Unexpected Gifts For Mom This Holiday 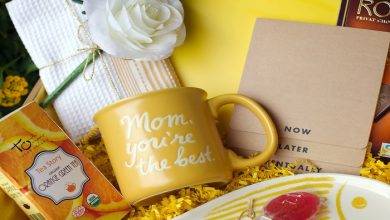 Unexpected Gifts For Mom This Holiday 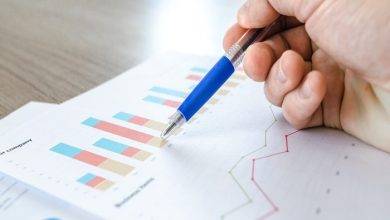 Ultimate Guide to Effective Keyword Research for Your Blogs

What Are The Benefits Of Electric Car Jack 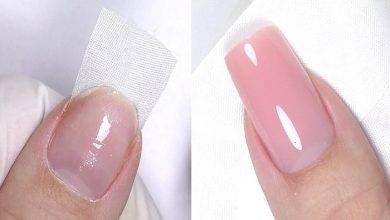 How Fiberglass Nails Help You To Look Beautiful